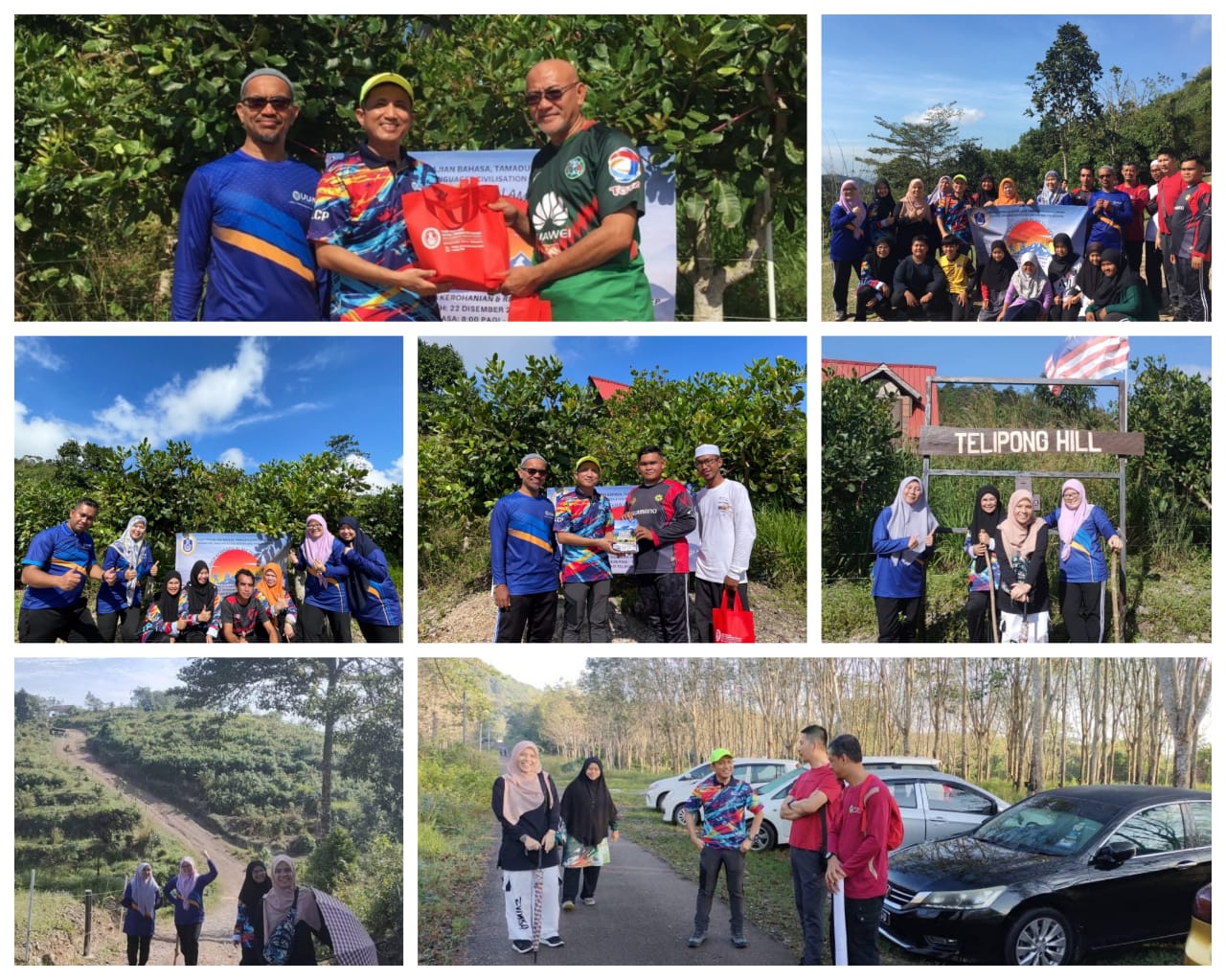 UUM ONLINE: Participants of the Telipong Nature Walk programme were able to witness tranquillity as the sun slowly rose over a peaceful morning.

The programme, inspired by the Dean of the School of Language, Civilization, and Philosophy (SLCP), Prof. Dr Shukri Ahmad, was organised by the SLCP Spiritual and Recreation Committee in collaboration with the Barakah Club.

According to Prof. Dr Shukri, 25 people took part in the activity, including students and two teachers from the Lembah Palas Tahfiz.

It is believed that this programme will help strengthen bonds within the group members and ensure the sustainability of nature is preserved.

He explained that engaging in climbing activities and exploring nature is one of the options that can generate a sense of calmness in the surrounding environment, which in turn awakens the internal energy of the denizens of SLCP.

In addition, activities that benefit the community became the primary focus, and this was accomplished by caring for the children of Tahfiz Lembah Palas, who were also participants in the ascent of Bukit Telipong.

The journey, which took about an hour and a half, was filled with vivid colours. Some of the participants were exhausted and listless, but with the shouts of motivational words, they gained momentum and kept going until they reached the top of Bukit Telipong (391m).

Meanwhile, Mdm. Jamilah Jusoh expressed her excitement about climbing Bukit Telipong for the first time. Despite the fact that it was exhausting, she believed it would be her favourite memory of spending time with colleagues at SLCP.

"This experience is extremely expensive, particularly for someone like me who is about to depart from my beloved UUM. I would also like to climb Mount Kinabalu someday, " she quipped